WELCOME TO THE HARMONICA 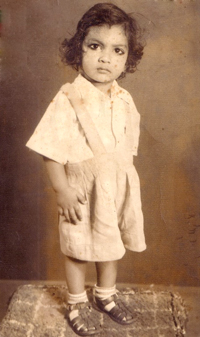 It was the summer of 1950's when a kid got a Harmonica as a gift. The small child was fascinated by it and spent all his time with it. Soon chirping became tune and tune became passion. This kid is none another than Mr Ashok Bhandari. At the age of 4 when kids cried, played, and were somehow preparing themselves to get into a school, Mr Bhandari was receiving an award from Pt Jawaharlal Nehru and BD Jatti (President of India)

Age was just a number. At the age of 8 he started performing at schools ,fests and annual days. This not only gave him happiness and contentment but also he was now able to make his own pocket money. He started investing the little money for his passion and soon he had a collection of harmonicas. His father was an artist too. Mr Bhandari has always said he used to watch his father’s paintings to get the waves in harmonica. The artistic stroke helped him to visualise song waves. 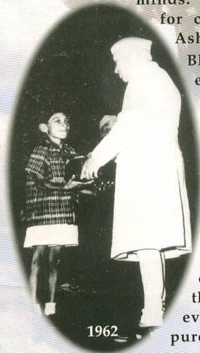 Later he got admission in Banaras Hindu University after failing for 3 consecutive times for National School of Drama entrance. As we all know, Banaras is a land of music and culture but for Mr Bhandari it was even more. He met different musicians and created his very own orchestra and played for some of the greatest names like Girja Devi and Siddheshwari Devi etc. As we all know, life has always had some hidden plans for everyone; sometimes good, sometimes where we need to think out of the box and not fall. There was an event where Mr Bhandari was to perform along with his orchestra team. The orchestra team couldn't make it that evening and he was left to perform alone. He performed! He performed with the harmonica he has always had in his pocket. Now we know the reason why he always says that Harmonica is an orchestra in your pocket. He says he used to listen to Milon Gupta and Madan Kumarji’s songs by putting money in Juke box.

He not only used to perform in colleges but also participated in a lot of competitions. No doubt he always maintained his position and came out as the winner .His performance was once judged by an All India Radio announcer. He took him to ALL INDIA RADIO and then he performed for All India Radio for three years 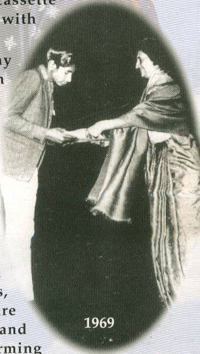 By profession he is a Magician and this made him to travel a lot everywhere in the world and meet harmonica players. He never stopped playing Harmonica. He used to play harmonica every time after his show. He performed Harmonica in various countries like Italy, Russia, Germany, Switzerland, Japan, Austria and many more.

By profession he is a Magician and this made him to travel a lot everywhere in the world and meet harmonica players. He never stopped playing Harmonica. He used to play harmonica every time after his show. He performed Harmonica in various countries like Italy, Russia, Germany, Switzerland, Japan, Austria and many more.

Advance in Technology has always played an important role in Mr Bhandari’s life. Mr Bhandari was very much impressed with technology and thought of utlising it as well. In 2008, he uploaded his very first video on YouTube. After coming back from the tour he checked the channel and he noticed thousands of views. The response he got was something every artist wants. This encouraged him to put more videos on YouTube. Rest is history folks!

He recently performed for King of Jordon and is now connected to 100’s of Event companies,NGO’s and other government organisations. The magic was now to be performed by his son Mr Krishna Bhandari. 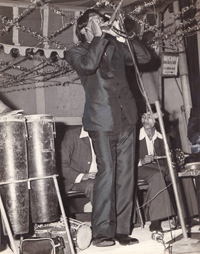 In an online survey from World Harmonica, only 2 Indians managed to be in the list of top 200 harmonica players. And Mr Ashok Bhandari backed the 29th position. Additionally he was then featured in Top 10 most popular posts on YouTube.
He personally met Mr Mahesh Bhatt, who tweeted for Ashok Bhandari: that he is playing but I am feeling it . Mr Bhandari says Harmonica is the closest instrument you can play, we put our air into it which is synonymous to putting life ,we kiss it and our brain feels it.
In addition, he worked with Sonu Nigam and his father in Delhi.

Recently he was impanelled as harmonica and Magic teacher in National School of Drama and the irony is??? You know it...
He is successfully running 2 harmonica schools in Delhi with a team of passionate people. He teaches online too. Not only has he had students from India but around the globe. Mr Bhandari has always and is still doing his part to rejuvenate the instrument that is ‘’THE HARMONICA’’.